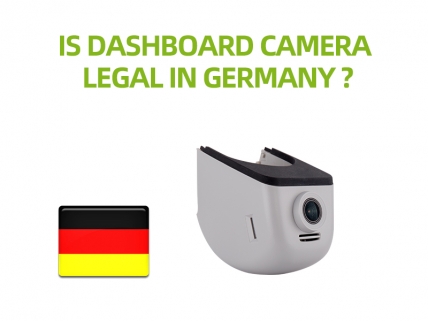 We may have heard of a story before: a driver was taken to court for using a dashcam – Basically, he’d been driving around with his dashcam switched on, and anytime he saw anybody breaking the law, he would report them to the police. The authorities wanted him to stop, why? Because the court felt that it basically amounted to vigilantism , Also, there was an issue of privacy: German privacy laws mean that normally, you can’t just film people without their knowledge.

You have to unmask / blur a person if he asks you for it and the person is not a public person ( like popular star, big CEO etc ) .

You can take pictures of public events and publish them, but if you focus on a person you have to ask for permission to publish the picture. They just can protest and you just have to react, but that not illegal.

You can using dashboard camera to protect your own safety, properties when pedestrians, cyclists and other drivers do stupid things.

So actually in current years, every car owner should install a dashboard camera in his own vehicle, we hope these captured video won’t have to submitted to court for responsibility identification. But once needed, they can protect us.

Is it legal to use car dashboard camera in United States ?

How to choose suitable car reverse camera ?
Scroll to top