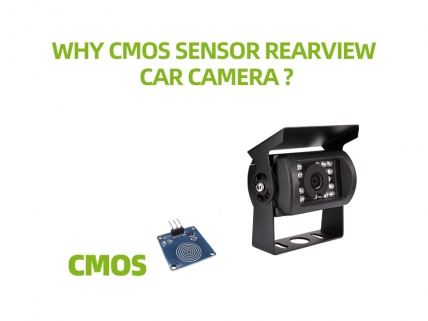 Since the rearview car camera is became more and more important in modern life,espeically for the new driver, and do you know its technology and craftwork requirements? For automotive applications, car camera and mobile phone camera use the same camera sensor, CMOS instead of CCD sensor, the main three reasons as below:

First of all, the sensor used in rearview car camera should have the primary feature is: fast. Especially at high speed driving occasion, the rear view car camera must be able to record critical driving conditions.In fact, CMOS is a faster image acquisition technology – the unit in the MCOS sensor is usually controlled and read out by three transistors, which significantly accelerates the image acquisition process. At present, CMOS based high performance cameras can achieve a level of about 5,000 frames per second.

Secondly, CMOS sensors also have the advantage of digital image processing. CCD sensors typically provide analog TSC / PAL signals, which may have to be converted using an additional AD converter, or the CCD sensor should work with a progressive scan method display for digital image output. In either case, using CCD cameras to provide digital video signals significantly increase the complexity of the system; and CMOS sensor can provide LVDS or digital output signal, lcd display can be directly, without delay to deal with these signals.

Thirdly, CMOS sensor cost is bit lower than ccd sensor . And, when there is a strong light into the CMOS sensor, CMOS sensor will not produce Smear noise as CCD sensor. This will reduce the adjustment time due to operational errors.

Can the car rearview mirror be replaced with cameras ?