Blog - Latest News
You are here: Home1 / industry news2 / Can the car rearview mirror be replaced with cameras ? 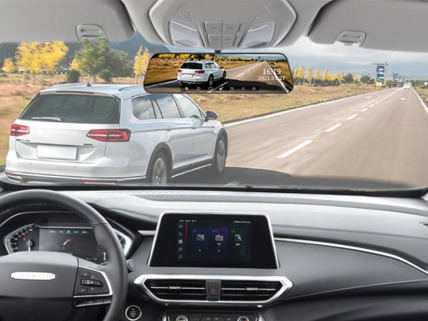 Of course, and this is the future trend.

On 2014 Hannover International Commercial Vehicle Show, Mercedes-Benz use a rearview camera instead of the rearview mirror in its concept truck.

Tesla Model X, also canceled the rearview mirror in the first appearance, use micro-camera instead (but this has violate the relevant US regulations, they had to back to the traditional rearview mirror on the final version).

With the development of camera technology and manufacturing costs have been reduced, I believe that more and more car manufacturer will try this technology. So what is the advantage of using cameras instead of rearview mirrors ?

1. Give the driver a wider view. Using four to five wide angle cameras arranged on the front, side, back of the vehicle, providing 360 degree aerial view of the vehicle without dead points. Curved mirror due to the optical observation of the angle and the impact of optical distortion, imaging range and quality are subject to certain restrictions. In addition, through the visual
sensor, you can achieve automatic headlamp control, when the vehicle close to the oncoming car or overtaking, automatically detecting the lights and self-regulating the far and near light, to ensure that the driver has a good vision. Furthermore, use low-sensitivity sensors and anti-glare design, can ensure the driver full of vision space for safe driving and better protection.

3. More possibilities for styling. We all know that the earliest car is without rearview mirror, driver need to look back when reversing, the emergence of rearview mirror is a great leap for the safety of the car, but the car’s shape is also limited, because it is regulatory requirements. Cancel the rearview mirror, it is certainly helpful for the designers. I believe that with the leap in electronic technology, the camera can be smaller and smaller, until we can arrange it in a very small space.

However, traditional rearview mirror has not really been replaced. First because of regulatory factors, but the cameras still have a lot of key technology is not completely resolved. Such as high reliability, after all, electronic components, relative to a glass, the reliability is lower, once broken, driver really had go back to the old car years.

These technical problems, cost problem, will be resolved one by one with the technology development, twenty years ago, many cars did not have reverse carmeras, reversing sensor, now you can see these things are standard equipment for cars.So let’s wait and see the years of car rearview mirror totally replaced by car cameras.

What is the difference between home cameras and car cameras ?