Blog - Latest News
You are here: Home1 / industry news2 / What is the difference between home cameras and car cameras ? 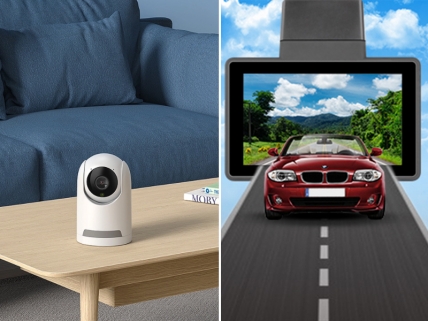 In daily life, we have been used a lot of mobile phone camera and computer camera , can these cameras be used as car cameras ? What is the difference ? Shenzhen Luview Co., Ltd will tell you how to distinguish between car cameras and home cameras:

Car camera has certain requirements for installation , it requires a small and light installation size so that the passenger’s driving environment won’t be affected and the cameras needed to be fixed firmly to avoid affect monitoring effect, there is a certain degree for anti shock performance, the most important is that the car camera need to have a built in infrared light, so it can easy easy to monitor surroundings even when the lightness is not good, such as in the dark night.

Home camera is mostly used in interior design, unlike the car reversing camera mainly for outdoor usage, the production process, waterproof level, anti aging performance, anti shock performance etc are not in the same industrial technology level, which is why the market price of the car camera usually several times more expensive than home or computer cameras.

In addition, the car camera has been improved in night vision effect, high definition and wide view angle,the car camera use the industrial level camera chip.

Rearview mirror hidden camera system: protect yourself and others

Can the car rearview mirror be replaced with cameras ?
Scroll to top