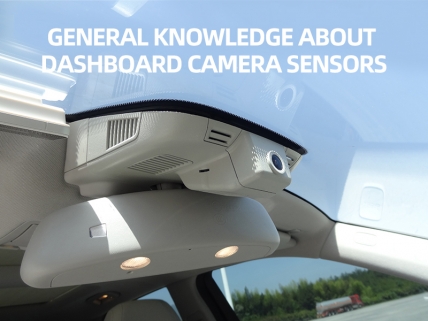 When we choose a dashboard camera, we will certainly pay attention to the mastering chip ( we usually call it sensor ) of the dashboard camera. The common sensor used in the driving recorder were Ambarella, TI,Novatek,Zoran,STK and so on.

2.TI sensor by Texas Instruments from United States: it is estimated that few people heard about TI in video industry, its headquarter located in Dallas,Texas,United States, TI chip is mainly used in South Korea,TI sensor is the No.2 in this industry.

3.Novatek sensor from Taiwan: Novatek common sensor models are 96620,96630 and 96650, Novatek sensor is a bit cheaper than Ambarella and TI sensor, but their quality reliable too,ranked after the Ambarella and TI in video sensor industry. Dashboard cameras with Novatek 96650 sensor and magnesium light has a particularly clear video at daytime, while they can still guarantee a good night vision effect in the night, so dashboard camera with Novatek sensor is a good choice both for buyer or end consumer.

4. Zoran, STK these sensors I do not introduce them one by one here,as they are generally used in low end dashboard camera, the price is relatively cheap.